US Catholic Still Whinging About "New" Translation, and In Other News, Dog Bites Man...

Get over it, please. For your own sake, get over it.
Posted by Scelata at 10:30 No comments:

I am tired of purses falling a part, so I bought a new one, which is proving perfect for CCD projects and papers as well as everything else I schlep around.

Why didn't I think of this before? Toolbags are perfect. and STRONG.
When it wears out... IF it wears out, I may try one of the other luxury goods manufacturers.... Stanley? Huskey?
Posted by Scelata at 10:09 No comments:

I find it peculiar that so many people actually think various forms of  supernatural ceatures, evil, mostly dead* or incorporeal and immortal beings roam the earth and interfere in human affairs in various ways...
But they do not believe in in heaven, in purgatory, not in everlasting life...

We're not really a very rational species, are we?
This - 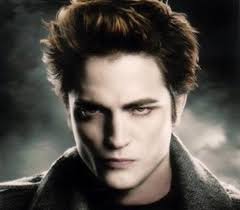 At risk of sounding Pilatesque.... "Pontian?"... I'm wondering what "truth" means.
At least in this context:


May your Sacraments, O Lord, we pray, perfect in us what lies within them, that what we now celebrate in signs we may one day possess in truth. Through Christ our Lord.


Am i the only whom that struck as odd?
What do we celebrate only in signs, not in truth? Do we not posess, are we not in the presence of, well... the Real Presence, the "true" Christ at the celebration of the Mass?
Wonder how the post-communion prayer read before the new translation...
Posted by Scelata at 08:16 No comments:

There, I said it.
More, I did it.
Bought some lard.
When I've actually cooked with it, now... then ya got something, my friend.

Not yet decided, shall I try pie crust or biscuits...
One of my aunts made glorious biscuits, but with Crisco, i believe. She couldn't cook anything else worth a darn, but her biscuits are what are being served at the Heavenly Banquet, I do beleive.
It was her mother's or maybe grandmother's recipe, hand-written with measurements like "a handful of" and "a good spoonful full."
Oh, and "not as much as most."
She tried to teach me, unsuccessfully.

I've just been reading up on fats and such, although my Dearest Mother kept Crisco in the house when we were kids, afaik, it was only for greasing pans.

Her pie-crust, which was fantastic, was some Betty Crocker Illustrated Cookbook shortcut - using oil!

I have also been unsuccessful at replicating her culinary feats in that wise, though hope springs eternal (witness my purchase of lard...)

She baked beautifully, my childhood was full of sugar and love. Christmas is going to be very, very, very hard this year.
Posted by Scelata at 08:08 No comments: