Technidiot that I am, I rely on the kindness of others, most often Himself, to record stuff, (liturgies on EWTN, "Awake," [sigh...], "Mad Men",) on the tube when I am out or otherwise engaged.
Saw bits of two bishops' installations, (they are blurring in my memory, so I won't comment on moments I was tempted to play Gotcha on one of them,) and a good bit of Solemn Vespers in celebration of some anniversary of Mother Angelica's foundation.
That was the Mundelein Psalter they used, was it not?
Lovely! 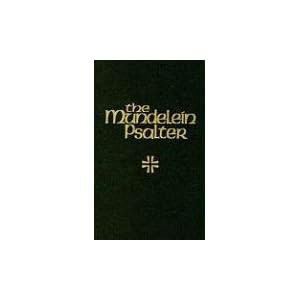 Oh, and hey, the military really get ritual, don't they? Saw part of another Mass this afternoon whilst making the -- talk about ritual! -- deviled eggs and potato salad...
Posted by Scelata at 15:39 No comments:

It has recently come to my attention that Himself accurately predicted the future.

As a larger than usual group of us attended She Who Must be Ob... er, attended my Mom, sweeping into Mass on May 13, he apparently whispered to my sister, "We'll probably sing Mother Machree" (sp?)
Okay, now WHO could have guessed that?
(And no, I am not making this up.)
After the homily, pretty much in place of the Creed, since we skipped that and had a precis of what could have been the Prayer of the Faithful.

Ooooh, wretched thought - suppose he does not PREDICT distasters and horrors so much as call them into being by mentioning them?
Now that's a super power.
(Mine is finding parking spots. Yeah, you scoff now, pretty lame super power, but wait till it's raining....)

One sister just got up and walked out, found a Mass elsewhere.
Posted by Scelata at 13:21 1 comment:

Labels: Dysliturgy, my family, My life, Rites and Rongs

From the department of stopped clocks....
Bryan Cones has some wise and humane words:

I've become progressively and obstinately angrier about clerical child sexual abuse as time has passed-...but [a friend] always reminds me that even an abuser is still a human being, a child of God. I'd like to think [he] spent what was left of his ministry trying to make amends

As a friend of mine likes to opine, aren't we all lucky that God has no zero tolerance policy?
Posted by Scelata at 16:22 No comments:

"And with your spirit"

Don't forget that there's a new response this year, should anyone say, "May the Fourth be with you."
Posted by Scelata at 13:16 No comments: