As a gin-swilling, rosary-clutching Ritualist, I should very much like to thank Jeffrey Tucker for pointing out this marvelous site. 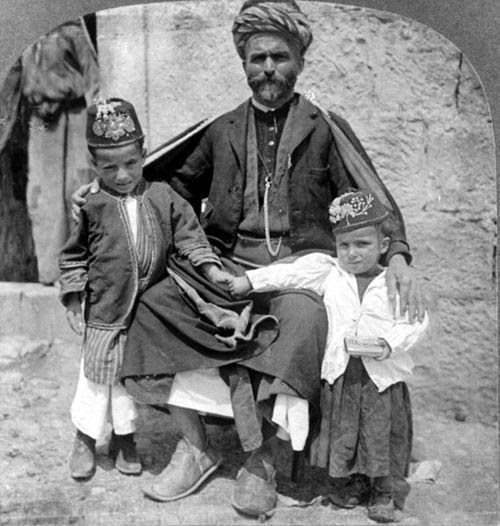 It is often confusing for loyal churchmen to navigate ecclesiastical circles, since in a social gathering that includes several priests it is not uncommon to hear the same person address multiple men as “Father” in the course of an evening. The loyal churchman gapes in astonishment, wondering what complications of consanguinity might explain this behaviour. The woman next to the punch bowl has acknowledged at least five “fathers” since she arrived here a few minutes ago; the gray-bearded old man next to the window is obviously senile, for he has identified as his “father” a mere youth in his twenties; and the bespectacled clergyman whom you know to be unmarried has already been greeted by several of his children, all presumably illegitimate.

If you find yourself in this situation, you may think that the people around you are playing an elaborate practical joke, or are simply insane. Either would be preferable to the third possibility, that you are surrounded by gin-swilling, rosary-clutching Ritualists.

Horrible as it may seem, ritualists are taught from childhood to address their priests in this manner, a symbol of the powerful influence that High Church clergymen have over their flock: the thoroughly indoctrinated Ritualist is prepared to sacrifice even his closest family members at the will of his cassock-clad “Father.” When he leaves the sphere of influence of his parish priest, the Ritualist layman is totally helpless; he will address even low-church clergy as “Father” and pepper them with requests to hear his confessions, bless his thurible collection, and say special prayers to shorten his pet iguana’s time in purgatory. His requests met with either incomprehension or indignant refusal, he will return to his home parish even more firmly in the grip of Ritualism than before.

The above photograph is illustrative of the confusion that may arise from Ritualist practices. An ordinary Englishman would identify the older man in the middle of the image as the “father,” but a ritualist will cheerfully admit that all three people could be “fathers” to each other; after all, they are all wearing vestments and a hat which seems to be a regional variant of the biretta.

The most marvelous evening, yesterday.
Landmark Tavern in NYC has a session, (every Monday? I think...) led? hosted? don't know quite how these things work, by Don Meade  and the fiddling last night was stupendous.
Tony Smith/Antoin Mac Gabhann is pretty dang fantastic.

Weirdly, or perhaps not so weirdly, the music making, (playing no portable instrument, and not knowing any authentic Irish vocal music, I took no part in said making, I was purely a spectator,) I was reminded of some of the best moments at affairs like the CMAA Colloquia, I felt this utter rush of love for the musicians, in large part because the flood of love from them, for the music and for what they were doing was so palpable.
There is a real familial helpfulness and support for the younger or less experienced players, a splendid concern shown to  include, to lead, to teach.
I understand that, despite a high degree of musical literacy no one would be caught dead reading, every tune is learned by familiarity -- with the ears of the heart, as it were, rather as the chant would have been, (and still may be.)
Writing music down priveleges young whippersnappers in a way that isn't alwys good -- for the music OR for them.
Posted by Scelata at 10:33 No comments:

I didn't put so much effort, no, I didn't try to understand.
I didn't really even try to "believe."

I decided just to sit there and try to know.
And I think I succeeded.

I was younger by several decades than the next youngest person there when it began, and I was struck by the idea of the deceptive power of the prayer of such collective age, such collective wisdom and collective devotion... as if Yoda were Catholic ;oP.

I only "discovered" Adoration as an adult, I am part of that first wave of the grossly miscatechized.

My blessed Mother, (lower case "b", ) was devout and pretty darn knowledgeable, but she was overwhelmed sometimes, and I think she expected her enormous brood to learn a good portion of their Catholicism as she probably had, by osmosis.
And I suppose I did... eventually.

The weekly classes at parish or convent were mostly a waste.

I remember her shock when she had to explain the Angelus to me. (even worse was when a brother received a medal as a confirmation gift and murmured quizzically, "Oh... a bird.")
Posted by Scelata at 10:24 No comments: