I think I shall always be bothered by the imprecision of Pope Francis' words, for as long as his pontificate persists. The sound bites often seem Hallmark-ish, ("Hallmawkish"?) and I think it behooves a spiritual leader to take note of common words more specific meaning within his particular "faith tradition."
(It's why I had such a visceral reaction to being asked to sing Ruth Duck's As a Fire Is Meant For Burning.... really??!?#?? NOT to "preach our creeds"?)
Yes, words mean different things in different contexts, but as a Catholic, in the context of catechesis, (which homiletics is,) you wouldn't, for instance, talk about a skanky ballet dancer as being "graceful."
So Francis' talk of the Gospels at the Chrism Mass...


"A single word - Gospel - that, even as it is spoken, becomes truth, brimming with joy and mercy. We should never attempt to separate these three graces of the Gospel: its truth, which is non-negotiable; its mercy, which is unconditional and offered to all sinners; and its joy, which is personal and open to everyone,"

...seems off to me.
Because yes, those three things are sharing in God's love, freely given (the simplest definition of Grace,) but, and pardon me for putting words in the Holy Father's mouth, but I wonder if what he really meant was a reference to the Theological Virtues, which do indeed seem to correlate with what he called "graces."
Because holding on to Truth is the essence of having Faith, our confident Hope cannot but fill us with Joy, and the granting of Mercy to others, (and ourselves!) is the highest good of Love in Action, (the way I describe Love/Charity/Christian Love to my religious education kiddos.)
And, of course, what sets the Theological Virtues apart is that they cannot be obtained by human effort, but are infused by God into a person freely given, (and in need of unwrapping, as I like to tell them.)

(Is it so wrong that on the cusp of Papa Ratz's birthday, at this, as at nearly every instance in which Francis says something that starts to make sense to me and cuae me to think in a new way, my wish is to know how his predecessor would have teased out the theme and crafted it into some all but perfect gem of theology for the blundering but trying, like me? Ah, well, if wishes were horses....) 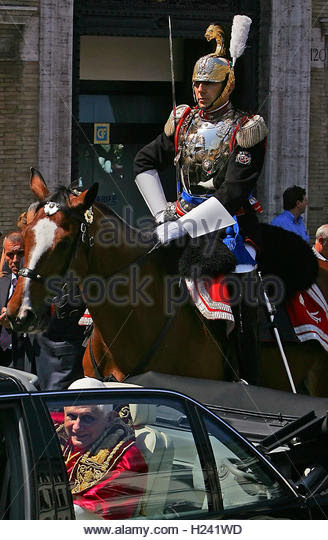